Red Snapper (Lutjanus Campechanus) is a highly sought after reef fish that are native to the Western Atlantic Ocean, the Caribbean Sea, and the Gulf of Mexico. These fish are very fun to catch on hook and line, and also make for a great targeted species when spearfishing.

These fish are very similar in shape to their snapper relatives, like the mangrove, mutton, lane, and dog snappers. Most fish within the snapper family make for excellent table fare. Red Snapper seems to be the most popular out of the bunch and due to this, they have a very limited season here on the Gulf Coast of Florida.

How To Identify A Red Snapper

When diving underwater, it’s hard to tell the difference between some of the fish within the snapper family as they can look very similar – specifically red and mangrove. When you get to a certain depth underwater, red is the first color to leave the color spectrum. With these fish being entirely red/pink, they’ll often appear as a tan or grey color underwater which makes them easy to mix up with mangrove snapper.

These fish have a sloped vertebrate that points downwards from their dorsal fin to the tip of their nose, with larger scales than you’d expect them to have. Another key indicator for these fish are their razor-sharp teeth. Be careful when spearing red snapper as their teeth can and will cut your fingers up pretty badly.

Although this species of snapper does have very sharp teeth, they actually lack the main upper canine teeth that you’ll find in the other snappers – specifically mangrove, mutton, and dog.

The regulations for keeping red snapper vary coast-to-coast, with the Atlantic side having the most desirable seasons and regulations.

In the Gulf Of Mexico, you’re allowed to keep two of these fish per day, per harvester as long as the fish is larger than 16 inches in total length. The seasons/openings for these fish here are as follows:

On the Atlantic side of Florida, you’re allowed to keep two of these fish per day, per harvester as long as the fish is larger than 20 inches in total length. The season for these fish is open year-round in State waters, but has a shorter season in Federal waters:

While harvesting these fish in the Gulf Of Mexico allows you to keep smaller ones, the Atlantic side is much more favorable as the season is open for the entire year.

Where To Find Red Snapper

Red Snapper are a reef fish, so you’re going to often find them along the reefs, ledges, wrecks, and rocky bottom areas when spearfishing. The further offshore that you go, the bigger these fish are going to be. These fish also do like to swim in the middle of the water column at times, so keep your eyes peeled when diving in 60+ feet as you’ll sometimes come across a pod/group of Red Snapper when descending to the bottom.

I personally like to use chum for these fish, as it gets them fired up and will often get them to leave the bottom and hang out in the middle of the water column, where you have the best chance of them not being very afraid of you underwater and lining up a great shot with your speargun. 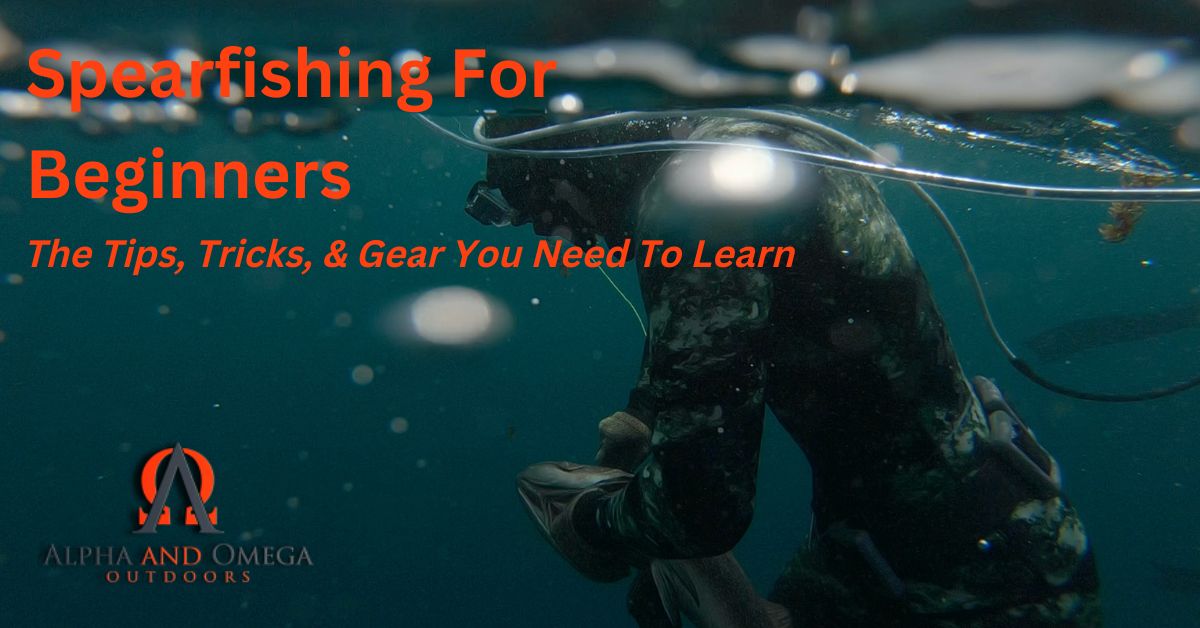 Spearfishing For Beginners – The Tips, Tricks, & Gear You Need To Learn

The sport of spearfishing has been around since the 1930's and continues to grow. Check out this awesome beginners guide to spearfishing now! What Is A Fish Stringer?

To keep your catch fresh while fishing, use a quality fish stringer. I will discuss what a fish stringer is and why you need one. Click now!